Amazon’s One Sided Agreement May Not Be Enforced at Arbitration

Under basic contract law, all parties to contracts must uphold their obligations of “good faith and fair dealing.”[1]  This means that under the law, Amazon is charged with treating suspended Amazon sellers fairly.  When Amazon suspends sellers without good grounds and unfairly refuses to reinstate suspended Amazon sellers, arbitrators should order the seller’s reinstatement.  Arbitrators can and do override Amazon’s decisions against sellers.

At arbitration, Amazon may try and use its one-sided agreement with Amazon sellers as grounds for closing an Amazon seller’s account.  If Amazon chooses to argue that it can close a sellers’ account at any time, Amazon is arguably violating its obligation to act in good faith and to deal fairly with its sellers.

For example, if Amazon suspends your account for a unilateral change in one of its policies and refuses to reinstate your account after submitting Plans of Action, appeals and Bezos Escalations, argue to the arbitrator the unfairness of Amazon’s entire process.

When Amazon sends a seller an email refusing to reinstate a suspended account and states that it will not tell you why it closed your account, this is, arguably, a clear example of Amazon violating it’s obligations to Amazon sellers.

While there are cases that go the other way, there are multiple United States Circuit Courts that have held that contracts like Amazon’s that provide for unrestricted unilateral modification clauses, render the agreement illusory and ineffective for lack of consideration.

This means that many courts have held that agreements like Amazon’s are not enforceable and an Arbitrator may choose to follow those courts’ decisions rather than decisions Amazon’s lawyers present.

Amazon Services LLC (“Amazon,” “we,” “us,” and “our”) reserves the right to change any of the terms and conditions contained in this Participation Agreement or any policies or guidelines governing the Site or Services, at any time and in its sole discretion. Any changes will be effective upon posting of the revisions on the Site. All notice of changes to this Participation Agreement will be posted on the Site for thirty (30) days. You are responsible for reviewing the notice and any applicable changes. Changes to referenced policies and guidelines may be posted without notice to you. YOU’RE CONTINUED USE OF THIS SITE AND THE SERVICES FOLLOWING AMAZON’S POSTING OF ANY CHANGES WILL CONSTITUTE YOUR ACCEPTANCE OF SUCH CHANGES OR MODIFICATIONS. IF YOU DO NOT AGREE TO ANY CHANGES TO THIS PARTICIPATION AGREEMENT, DO NOT CONTINUE TO USE THE SERVICES OR THIS SITE.

If you read the agreement carefully, you will see the following provisions:

When a suspended seller cannot convince Amazon to reinstate their account, that seller should point out to the arbitrator that each and every unfair provision violates Amazon’s legal responsibility to treat sellers in good faith and fair dealing.

Amazon has another provision that demonstrates the one-sided nature of the agreement: its Amazon Seller Termination provision.

These provisions claim that Amazon can:

Again, if you find yourself in front of an arbitrator seeking an Order directing Amazon to reinstate your selling privileges, you may choose to point out the unfairness and therefore the unenforceability of the agreement.

Court Opinions that State that One-Sided Agreements are Not Enforceable

Zappos, an Amazon owned company, was told that their one-sided agreement was not enforceable.

In re Zappos.com, 893 F. Supp. 2d at 1064, a Federal judge ruled that if a party retains the unilateral, unrestricted right to terminate the arbitration agreement, it is illusory and unenforceable, especially where there is no obligation to receive consent from, or even notify, the other parties to the contract.

The Zappos judge was not alone.  The Zappos judge cited another court in a case called Douglas v. Johnson Real Estate Investors, LLC, 470 Fed. Appx. 823, 825 (11th Cir. 2012) where the court stated that “[B]ecause the employee handbook allowed Johnson to unilaterally modify the arbitration procedures without notifying Douglas, the agreement to arbitrate was illusory and invalid.”

In Morrison v. Amway Corp., 517 F.3d 248, 257-58 (5th Cir.2008), the court found that the agreement was illusory and unenforceable where defendant held unilateral authority to amend or eliminate the arbitration program.

In fact, in employment lawsuits and other cases around the United States where one side retained the ability to unilaterally change agreements, there was NO agreement:

Many courts agree: the unilateral power to amend an agreement makes the agreement unenforceable.

As to termination, the plan stated that ‘termination shall not be effective until 10 days after reasonable notice of termination is given to Employees or as to Disputes which arose prior to the date of termination.’   Therefore, Halliburton cannot avoid its promise to arbitrate by amending the provision or terminating it altogether.   Accordingly, the provision is not illusory.”

As in the Harris and Morrison cases, Amazon’s claim that it can change the agreement with all sellers whenever it wants makes the agreement unlikely to be enforced by an arbitrator.

Since Amazon Can Change The Agreement at Any Time,An Arbitrator May Find the Agreement to be Unenforceable

If Amazon refuses to reinstate your suspended sellers account voluntarily, you can obtain reinstatement from the American Arbitration Association.  In exchange for giving up your right to sue Amazon, you gained the ability to take Amazon to arbitration.  Amazon has agreed to and does follows the orders issued by the American Arbitration Association.  In sum, if Amazon refuses to reinstate your account, take Amazon to arbitration and take the decisions out of Amazon’s hands.

When you take Amazon to arbitration and Amazon claims that it can close your account at any time, argue the supporting law and fairness: the agreement is unenforceable and your selling privileges should be reinstated.

To learn more about how you can obtain reinstatement of your suspended Amazon sellers’ account, contact CJ Rosenbaum, Esq., the founder of Rosenbaum Famularo, P.C., the law firm behind AmazonSellersLawyer.com 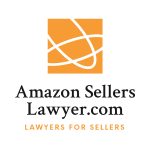 Amazon Sellers Lawyer is a team comprised of unique individuals with extensive knowledge and backgrounds. They are dedicated to defending the rights of e-commerce entrepreneurs and sellers across all platforms. Founded in 1994 by CJ Rosenbaum, the firm is now emerging as an industry leader as evidenced by its receipt of the Bitbond Best E-commerce Site of 2017 award. Whether a seller is facing an Intellectual Property issue, their funds are being held, or they simply need assistance with a suspension and reinstatement, the team at Amazon Sellers Lawyer has the knowledge and experience to serve sellers day and night, all around the World.