How To Hunt A Whale In The Amazon

Selling on Amazon isn’t the walk in the park it used to be. There’s little doubt of that. Which means one could ask the question, is it still possible for a newbie to be successful?

As we head into 2020, the Amazon gold rush has waned and, much like San Fran in the mid-1800s, the town is crowded with prospectors. Amazon now has 5 million sellers (yikes!), and only a small fraction of those are making it big. Does that mean all the gold’s been found?

Truth is, the discrepancy is more to do with the fact that a lot of those modern prospectors are just like the old ones; looking to strike it rich with very little effort. These days it takes not only hard work, but expert knowledge to succeed on Amazon. Things that may not have been needed in much abundance a few short years ago.

Where, then, do you gain the expert knowledge?

There’s no substitute for experience, it’s said, and this statement is mostly true. That Amazon gold rush? Well, a lot of people learned a lot of things and made a lot of money during that golden period. Many of them have continued making money, adapting to every new change Amazon throws our way (to say Amazon likes changing the playing field would be an understatement), in the process refining to perfection exactly what it takes to build a brand, launch products and sell successfully on the mightiest retail platform in the world.

Wouldn’t it be cool if some of them were willing to share?

It turns out some of them are, and we have access to the single best coaching team for Amazon sellers in existence. Period. They work with us. We work with them. And they’re going to be backing this adventure to find out the answer to the burning question:

In 2020 can a new person still make it big selling on Amazon?

To that end, ManageByStats is proud to introduce a new series which will explore this in the form of a grand experiment.

Okay, let’s clear up the elephant in the room. Or, in this case, the whale. Why the heck did we choose this title? The idea of hunting a whale in the Amazon jungle is absurd. Which is kind of why we chose it. The title gets you thinking, and it crosses the meaning of “Amazon” — which in turn gets the wheels turning. 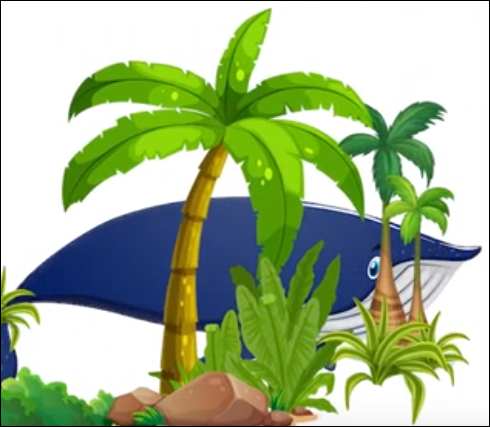 “Are they talking about the jungle?” one might ask at first glance. “You can’t hunt whales in the Amazon jungle.” True. At least, we’re pretty sure. “Surely they must mean Amazon, the retail sales platform.”

“But how does that add up?”

How To Hunt A Whale In The Amazon is a journey having everything to do with selling on Amazon, (the retail platform), while going for the biggest fish, the biggest score, the biggest success possible. Like hunting an actual whale, it’s not for the faint of heart, or the unprepared.

Which leads us to our central theme:

How would a novice do it?

To find out, and to help you learn — and anyone and everyone who wants to tune in for the spectacle — we’re airing a regular series that will tackle this exact thing.

The Conditions Of The Experiment

For any experiment to work, you need parameters. We have them.

What this means for you, the viewer, is you get a front row seat to watch a brand new guy get started with, and build, an Amazon business.

Who knows? And that, honestly, will be half the fun. We’re approaching this with the idea that, applying that expert advice, the proven strategies, one guy can do this. Be successful. As we say, our hypothesis is that, with hard work and the right knowledge, a novice can make it selling on Amazon in 2020.

Thanks for tuning in. Catch the first episode here:

There you can subscribe to the series and be notified as each new episode is released.

In closing, as we get started with this, in my mind I’m kind of invoking that scene from Forrest Gump.