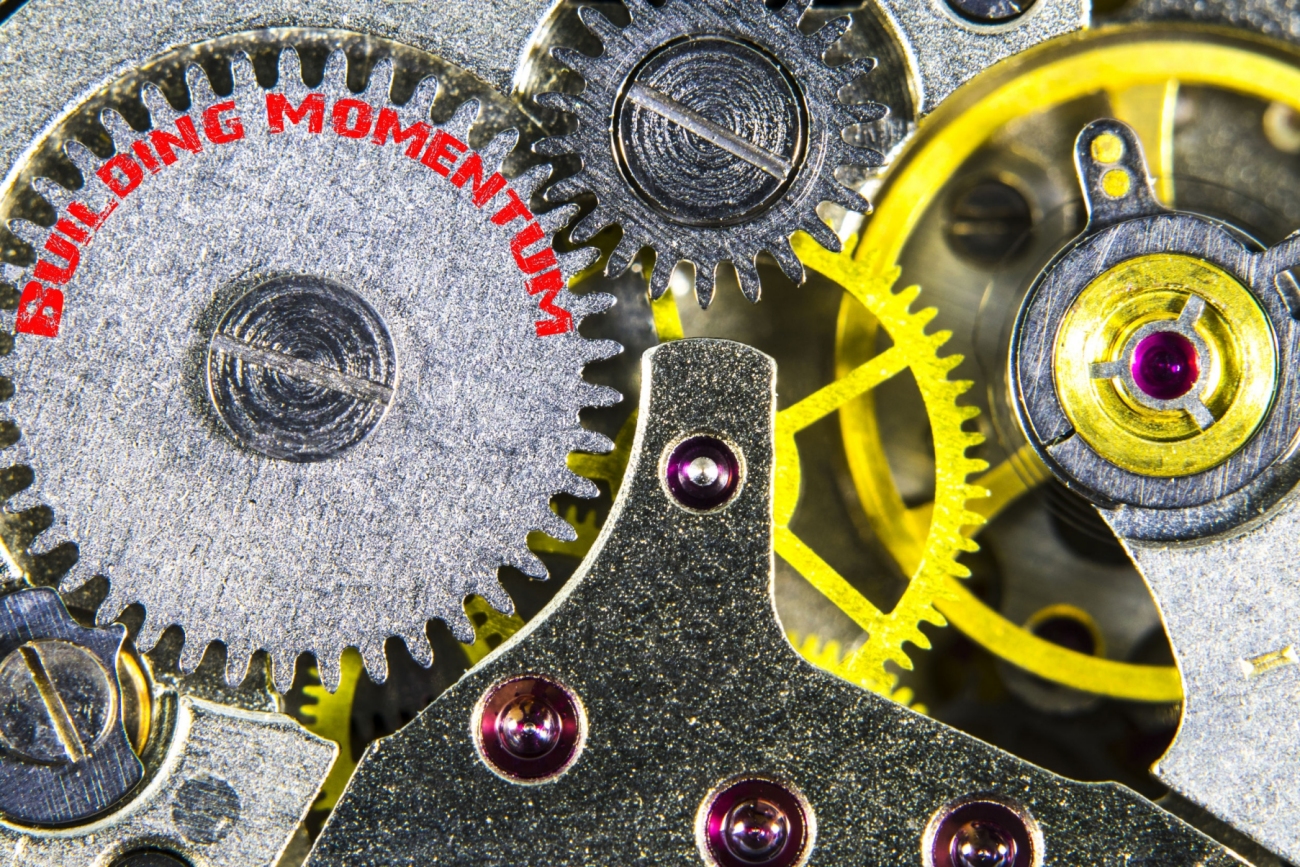 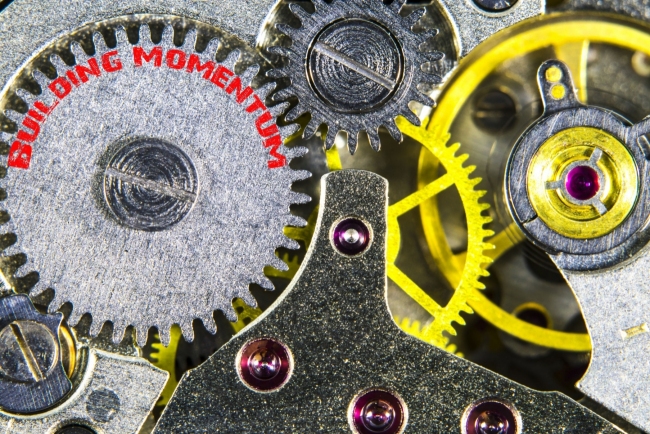 There are no shortcuts for overcoming inertia.  Energy and effort are what do it. Good strategies, the right tools, best practices, bright ideas and hard work feed the machine.  Knowing where to apply this energy might be considered the only “trick” to achieving results, and it’s really no trick at all.

Business is like a flywheel, and it responds in much the same way.  All parts of a flywheel are, by design, connected.

Push on one side and everything moves.

Amazon is perhaps one of the best examples of this.  It’s no surprise that the flywheel principle was laid out fairly early in the company’s existence.

In the book, The Everything Store, author Brad Stone says,

Bezos and his lieutenants sketched their own virtuous cycle, which they believed powered their business. It went something like this: lower prices led to more customer visits. More customers increased the volume of sales and attracted more commission-paying third-party sellers to the site. That allowed Amazon to get more out of fixed costs like the fulfillment centers and the servers needed to run the website. This greater efficiency then enabled it to lower prices further. Feed any part of this flywheel, they reasoned, and it should accelerate the loop.

In the past we’ve made other references to Amazon and Amazon-related practices, and that’s not just because we’re Amazon sellers playing in that sandbox — though that’s part of it.  Our primary reason is that Amazon is one of the largest corporate entities on the planet, a status they’ve achieved in just two short decades, and as such they’re very much worth emulating.

If nothing else, we should at least be paying attention to how they conduct business.

Getting Your Flywheel Going

Amazon does it.  How can you spin your own flywheel?

Believe it or not it helps to get the concept of an actual flywheel; a connected wheel with mass, a certain inertia to overcome, the movement of which then becomes contributing force — momentum — as the entire mass moves faster and faster.  Very similar to part two of Newton’s first law, the law of inertia:

An object in motion tends to stay in motion.

As you add energy the system gains momentum, and has a tendency to stay moving.  With a properly connected system it almost doesn’t matter where you add that energy.  Feeding any part of the flywheel accelerates the entire loop.

Not surprisingly, if you imagine your business in this fashion you get a real sense of creating actual motion.  You might even be able to “feel” it in action. Take a moment and envision this relationship; see the components of your business as spokes in a wheel, and watch the result of adding energy to one of them.  Though your business doesn’t move in the physical universe, per se, the analogy holds.

For example, an initiative to add live chat to your support queue.  Doing that would allow you to address customer questions faster, handle customer needs as they arise, make the customer happy, boost retention and other net-positive effects.  It would likely also boost word-of-mouth, which would in turn increase sign-ups, and so on.

Positive energy added to the system turns the wheel.

Note we’re talking about real initiatives; direct components of the business.  Marketing sometimes gets looked to as part of the flywheel, but Marketing is a support function, and is not itself a direct initiative.  Marketing calls attention to the business, but does not feed energy directly into the system.

Look for those distinctions when identifying the parts of your business flywheel.

The beauty of this concept is the physics behind it.  Even though we’re talking about a somewhat intangible subject, business strategy, the system responds in the same way as a physical system; add energy, momentum builds.

Deciding how to approach this is a science in itself, and your creativity is really the only limit to what tactics you might imagine for spinning the flywheel faster.  We gave an example of adding live chat. Early in its inception Amazon used lower prices to drive customer traffic, thus attracting more 3rd-party sellers to the platform and allowing them to get more out of their own fixed costs.

Take a look at your own business and see what you can pump energy into.

The flywheel is momentum, and if you keep that concept in mind it can even be fun.  Business should be fun anyway, we believe, more like a game than a chore, but finding ways to add to that enjoyment only helps.

Ever spin one of those turntable merry-go-rounds at the playground?  The ones with all the handles? If your business were one of those, (gleefully screaming children and all), each of the handles would be a key aspect of your operation.  Look for one you can grab, grab it and give it a shove — hard as you can.

You business will go faster.  And you, and the kids, will keep laughing in delight.